SpaceX’s Tesla roadster made its first close approach with Mars By Allen Kim, via CNN 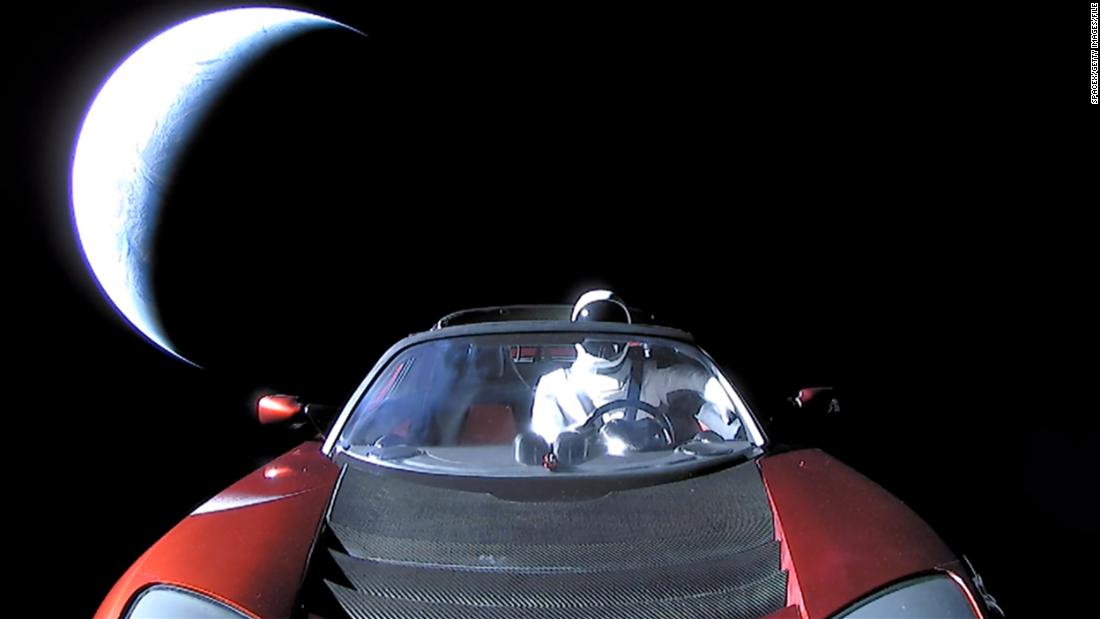 SpaceX CEO Elon Musk’s Tesla roadster made its first close approach to Mars on Wednesday.The roadster, “driven” by a mannequin dubbed “Starman” wearing a spacesuit, was part of a dummy payload attached to the second stage of a SpaceX Falcon Heavy Rocket that launched in 2018.SpaceX tweeted yesterday that the vehicle made its first close approach with Mars, coming within 5 million miles of the planet.

How an internet system from space is helping firefighters in Washington“It’s a long distance,” Jonathan Dowell, an astronomer at the Harvard-Smithsonian Center for Astrophysics, told CNN. “Mars would appear about 1/10 the diameter of the Moon, so small but not a point.”Dowell tracked the rocket using NASA’s Jet Propulsion Laboratory Horizons system, which has an accurate trajectory calculated from the Falcon 9’s initial orbit as it left Earth. He says that it is in elliptical orbit around the Sun.

The vehicle has completed approximately 1.7507 orbits around the Sun, according to the website whereisroadster.com, which tracks the vehicle’s location.The vehicle is over 37 million miles from Earth and has traveled nearly 1.3 billion miles since launching nearly 2 years and 8 months ago, whereisroadster.com says.However, it will be some time before it comes close to Earth again.”It will pass about 5 million km from Earth in the year 2047,” Dowel said. “Not close enough to see it as a resolved object.”Starman could one day crash-land back on Earth. Based on calculations made in a paper by Hanno Rein from the University of Toronto in Canada, the roadster has a 6% chance of crashing on Earth in the next million years and a 2.5% chance of crashing on Venus.