Worthy of a listen: Ever After by Marianas Trench

This one has me thinking about my glorious children and how much I miss them. When I Look to the Sky by Train

One of the couple satellites of Starlink you can see from my house. Cool stuff.

Very powerful song: By the Glow of the Kerosene Light by Hermitage Green

One of the hardest pills I’ve had to swallow was realizing I meant nothing to people that meant a lot to me. 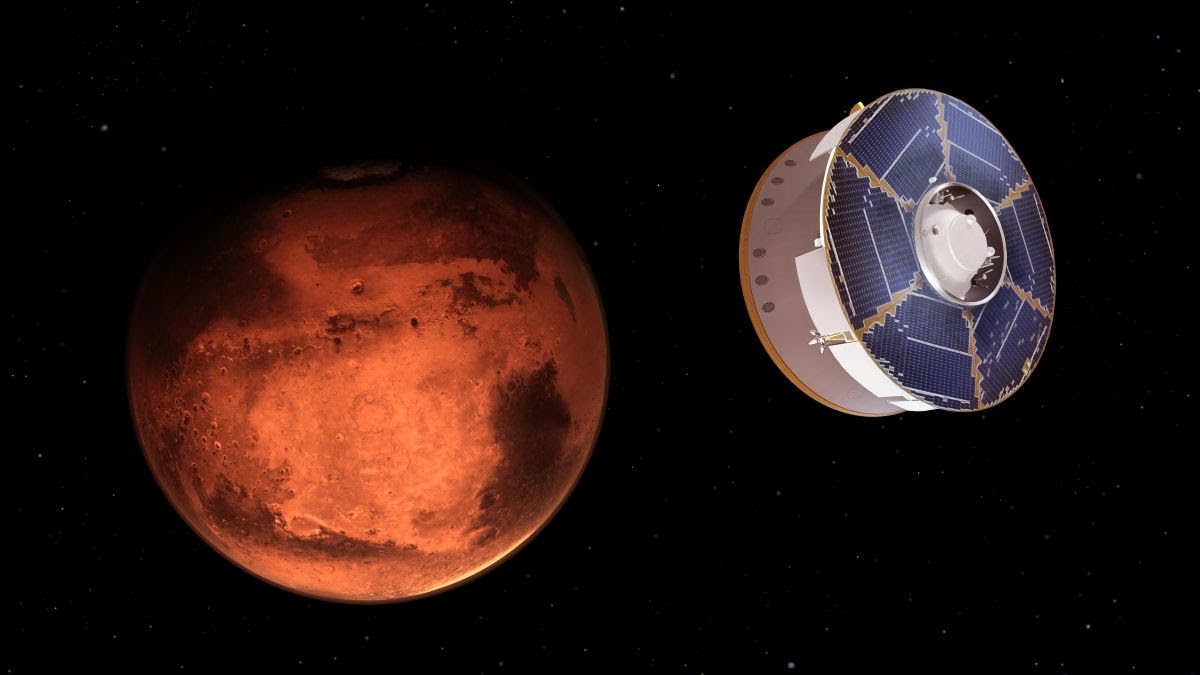 NASA has a very special Valentine’s Day delivery en route to the Red Planet — one that could deliver presents to us in person, in a few years.

About once every decade, the agency sends out a seminal Mars landing mission to learn more about our potentially habitable neighbor. Its latest effort is the powerful Perseverance rover, ready for touchdown on Thursday, Feb. 18. (Bonus Valentine for you: You can watch the landing live here at Space.com, courtesy of NASA TV, and participate in a virtual NASA Social event as well.)

Perseverance has a unique role from every Martian mission before it. This Mars rover will wrap presents for delivery back to Earth — that would be, cached samples of rocks showing promising signs of habitability on Mars. Once NASA and the European Space Agency are ready, the two agencies plan to deliver the rover’s precious rocky gifts back to us in about a decade, as part of a larger Mars sample-return mission.

Long-distance messages will flow back to us from the surface, however, as soon as the daring “seven minutes of terror”-type landing completes. If all goes to plan, Perseverance will begin deploying its instruments quickly to scan the environment with high-definition cameras, lasers, microphones and scientific equipment, and it will radio what it finds back to Earth. Evidence of water activity and organic molecules at the landing site, in Jezero Crater, could be in scientists’ inboxes in a few more weeks or months.

A bonus gift from Perseverance’s mission will be the Ingenuity helicopter, a little test vehicle that will show us whether flight is possible on Mars given our current understanding of its thin atmosphere. Ingenuity could show us the path for future drones to scout ahead on landing missions, and to assist robots and humans alike by patrolling difficult-to-climb environments.

Perseverance’s landing follows on from NASA’s big Curiosity rover landing in 2012 — that rover is still running while picking up further evidence of organics and molecules on Mount Sharp — and the two seminal Mars Exploration Rovers (Opportunity and Spirit) that outlasted their 90-day warranties for many years after landing on Mars in 2004.

Happily, smaller Mars mission landings are fairly frequent, and other spacecraft have popped safely on the surface in between the big missions; the last successful one was the still-active InSight Mars lander in 2018. We also can’t forget that Perseverance’s entry comes days after two other countries safely arrived at Mars: the Emirati Hope orbiter and the Chinese lander-orbiter-rover trio that makes up the Tianwen-1 mission.

You can celebrate the special Valentine’s Day-era Perseverance mission safely and social distance-style at various cities in the United States, who will light their buildings red to celebrate the Red Planet landing, according to NASA’s Jet Propulsion Laboratory.https://5973bcc6a46bc1dab299f4fc9aec6d88.safeframe.googlesyndication.com/safeframe/1-0-37/html/container.html?n=0

NASA added that cities around the country and the world should feel free to light their own town red if they want.

You can find out how to virtually join the Perseverance Mars rover landing by signing up for NASA’s social media event here. NASA also has a “virtual guest experience” available for the public to participate in as well.

Visit Space.com Thursday for complete coverage of the Perseverance Mars rover’s landing on the Red Planet.

To my children: Although terrible things happened you guys were not. Not ever. I love you rascals more than the number of moons and stars in the sky.

All My Days by Alexi Murdoch